While some people claim to be ‘the authority’, others do not have to.   For some talented people this status is assigned to them by virtue of their work.

In the United Kingdom, where gardening is a greater obsession than hockey is here in Canada, there are many authorities on the subject of horticulture.  The monthly magazine that is published by the Royal Horticultural Society is called ‘The Garden’.  What other country could make such a simple and bold statement?  If a magazine of similar quality and depth were published here it might be called ‘The Canadian Garden’, not to be confused with The American Garden or The Australian Garden.

With a history that goes back to the earliest ‘plant expeditions’ about 400 years ago, the pastime and the vocation of gardening stands out in the United Kingdom as a trademark for the island state.  Others have tried to catch up, but none ever will.  Not in our lifetime anyway. 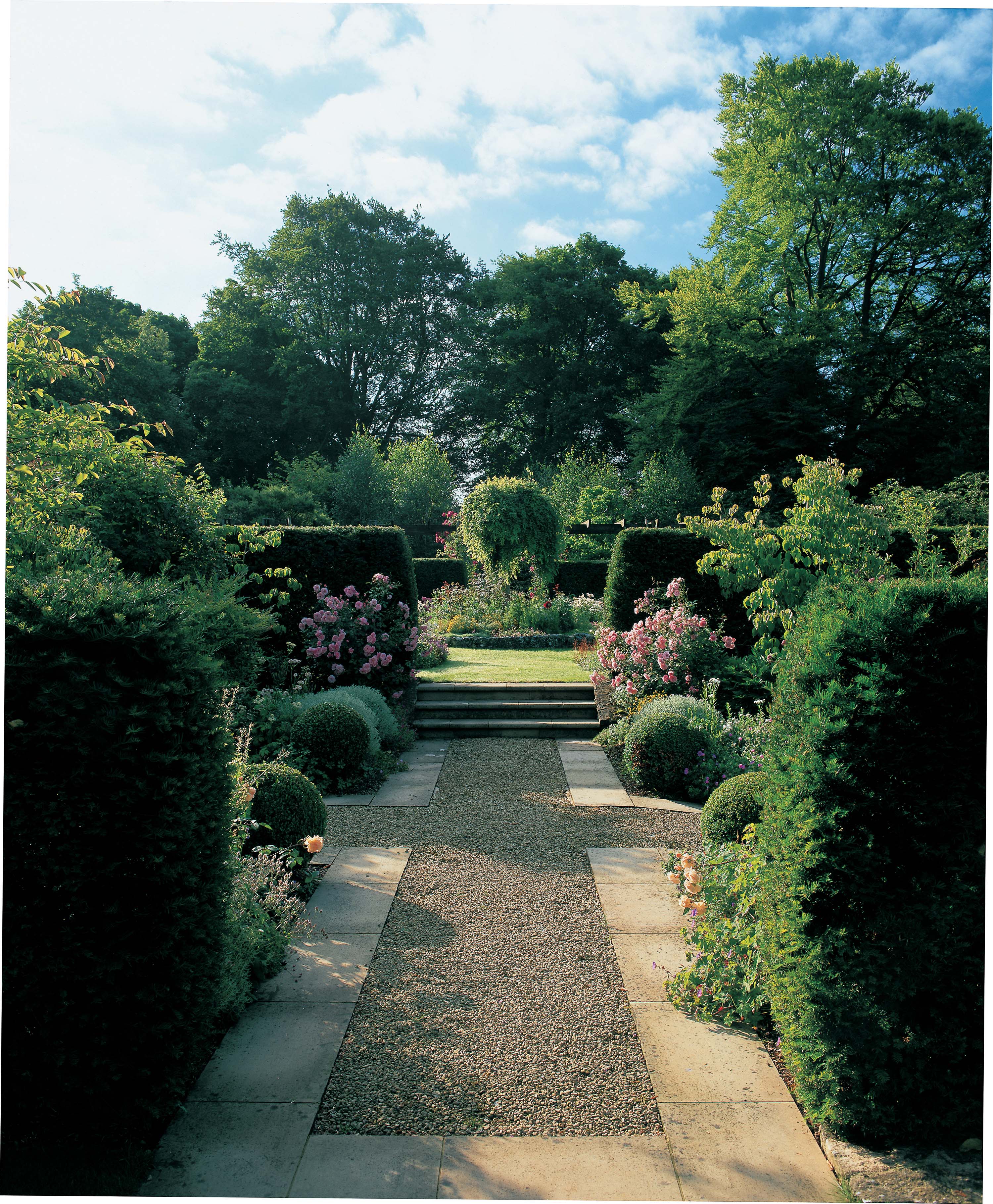 With this background in mind there is no surprise at the title of a new, hard cover ‘coffee table’ book from the U.K. called, you guessed it, ‘Garden’ by Randle Siddeley, the ‘Lord’ Kenilworth.  He was in Toronto recently for a book launch at Teatro Verde’s Yorkville location where he took some time to sit and discuss his new book with my daughter Heather, a graduate in Landscape Architecture at the University of Guelph.

The book is a compendium of his work over the last 37 years.  As an international garden designer for clients ‘with means’, he has most definitely made a significant mark in his field.  He is, for instance, the only garden designer that I am aware of, who was flown by helicopter over a client’s property just to get a bird’s eye view of it.  All the better to create an outstanding design, one assumes.

In her interview with Randle Siddeley, Heather discovered a passionate man with a deep love for his work.  After working for his father, an interior designer, while in his youth, he migrated to ‘exterior design’ through his love for plants.  The main difference between the two disciplines, he points out, is the scale of the outdoor canvas.  “With gardens you have to wait months – sometimes years- to see whether the effect you planned has been achieved.” He explains in the introduction to the book: “The other problem is that a garden is always changing.”

Asked what changes he sees taking place in the field of garden design, Randle replies, “The public is more willing to pay someone for a design than before.  There are more retired people that are taking landscape design up as a fun second career which increases the popularity of it.”  I have no doubt that he is a professional who does not need to advertise.  When your work is this good you ride from contract to contract on the coattails of your reputation.   The pictures in ‘Garden’ attest to the standards of his work.

While the scale and value of the work he displays in his book are in a stratosphere that most of us can only dream about, the book does a good job of assisting us in having those dreams.  You don’t need millions of dollars to create a garden paradise when the book provides pictures and text that will take you there for $65.

Randle may have been in the business for over a generation but that does not mean that he is set in his ways.  Every design assignment that he takes on provides an opportunity to create a landscape that suits the desires and lifestyles of his client.  More accurately, he states that each design incorporates the people who use them AND the natural landscape that surrounds them.

This is the nut of his success, in my estimation:  a determined effort to control nature while respecting it.  There is a delicate balance between the ambitions of a garden designer to create something that suits the client to a T, with the appropriate nod to the natural surroundings of the place.  Too often I have seen a beautiful country property overwhelmed by urban sensibilities.  The perfect, weedless lawn is manageable and fitting on a city lot, but completely out of place when spread over acres.  Likewise, the use of synthetic stone and interlocking brick can spoil a rural setting when used in excess.  Far better to incorporate natural flag stone or pea gravel from the local area.

The author gets this.  And he understands the need to match the right plant species to its surroundings.  A gorgeous Quebec property that is featured in the book provides good examples of this.

According to Heather, Randle means it when he says that his designs are about the client.  The 26 gardens featured in his book illustrate this as each stands out as different from all of the others.  If there is a trademark ‘Siddeley’s look’, it is the variation of his design techniques.  Heather observes that the designs are actually quite simple, using easy to source plant palettes.  ‘There is nothing too exotic.”

He does, Heather points out, always look for ‘the view’.  There should never be more than 70% of the garden visible from any one vantage point.  This creates mystery and excitement for the garden visitor and encourages exploring: this is one of the goals of a garden designer regardless of the size of property they are working with.

The Lord Kenilworth is a hereditary title.  While there is no doubt that he inherited a considerable measure of creative talent from his parents, he can take full credit for putting a team of professionals together who have helped him fulfill his ambition as one of the great garden designers of our time.

Last word to Heather’s Grandfather, the late John Farintosh, a ‘design builder’ in Toronto for a few decades after the Second World War, who was fond of saying, “Money does not buy good taste.”

‘Garden’, the book, is evidence that the opposite can also be true, when the design process is in the hands of great talent.

This spring we are joining gardeners across Canada to plant yellow "Hope is Growing" gardens https://www.thestar.com/life/homes/2021/01/20/show-off-natures-best-shades-of-yellow-with-a-2021-hope-is-growing-garden.html?fbclid=IwAR0J5pqyVf-qgdqTv4wZVlk8K3G9KMmbj7bAojalXlSenjfQBofFeGOlr3Q

#tbt Last year, @MarkCullen4, pleaded for help in saving Toronto's oldest tree. This year, we are excited to be able to say that it's been saved. City Council voted to cover the remaining cost & purchase the property that this centuries-old tree resides at. https://twitter.com/HOHTribute/status/1214240219135926273

Probably the most important house plant advice that can be given! So many plants die from overwatering! Stick your finger in the dirt. Don’t be afraid 😁 If it’s cool and moist leave it alone! Thanks @MarkCullen4! And thanks @ABurbidge! https://twitter.com/ABurbidge/status/1345484646075740160