Clark and His Fowl Friends

A friend recently sent me this video of a mute swan sliding down an icy bank into the unfrozen pond to get a drink. I had a good chuckle. The swan seems to know it’s coming and approaches with caution. Just prior to this video being shot, the three other swans made their way in as well – not quite as gracefully and one almost landing on a duck as it flapped in the most uncoordinated way.

It got me thinking: you hear a lot about winter feeder birds but what about the waterfowl? Are there any that stick around through our (sometimes) hard Canadian winters? Other than Clark, of course. 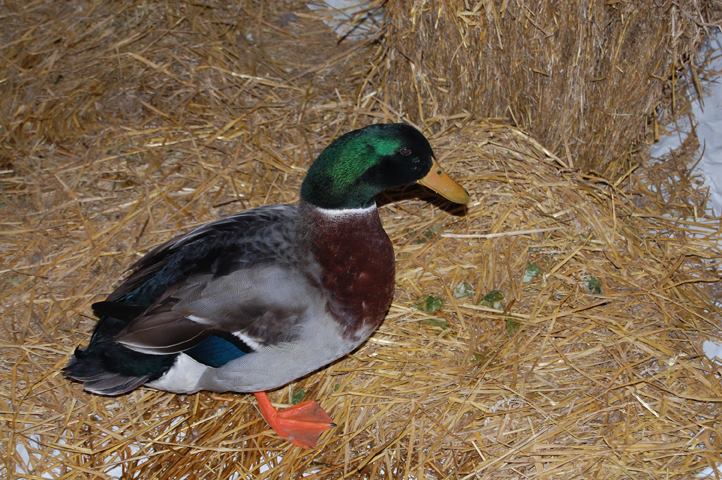 First, let’s define waterfowl: of the order Anseriformes; includes ducks, geese, and swans; are web-footed with a broad, flat bill.

The simple answer: not really. We’ve all seen the unmistakable V’s of the Canada goose flocks as they head south; ducks, and swans make the same trek. Of course, their treks are to different places and their paths will depend on where they started from; however, migratory corridors, or flyways as they are called, can be broken down into 4 broad categories.

1. The Pacific Flyway
The number of birds who use this westernmost flyway seems astonishing. I’ve read that at least a billion birds will use this flyway in a year. The coastal location of this flyway lends itself to being more of a hotspot for shore and seabirds although some ducks will use it: the Brant, Cackling Goose, and Spectacled Eider. 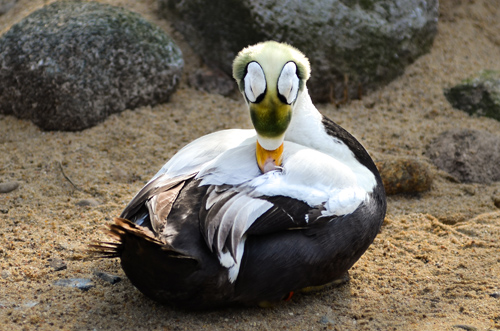 2. The Central Flyway
The physical features present in this region lend create welcome habitats for waterfowl. There are millions of small ponds, created during a glacial retreat, that have filled with water, providing food and breeding grounds for many birds. Migratory waterfowl over the Canadian Plains are plentiful and include the Hooded, Red-Breasted and Common Mergansers, Snow, Cackling, and Greater White-Fronted Geese, Tundra and Trumpeter Swans, and Harlequin, Goldeneye, and Bufflehead Ducks. 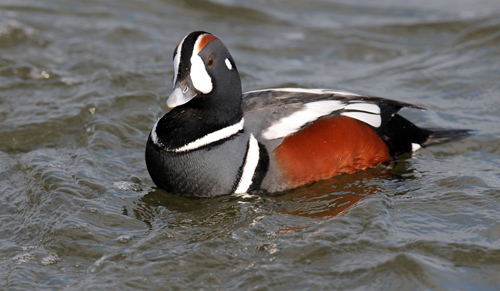 3. The Mississippi Flyway
This flyway includes Canada’s great lakes and is therefore a very important migratory area (40% of North American waterfowl spend their lives in this corridor). Of particular interest, where waterfowl are concerned, is the Mottled Duck which is listed on the Audubon Society Priority Bird List due to its declining numbers. The Mottled Duck was once the only bird that nested in the coastal marshes of Florida and the Gulf Coast. Today, its habitat is shared with the Mallard. Competition and cross-breeding between the two birds has resulted in the Mottled Duck population drop. 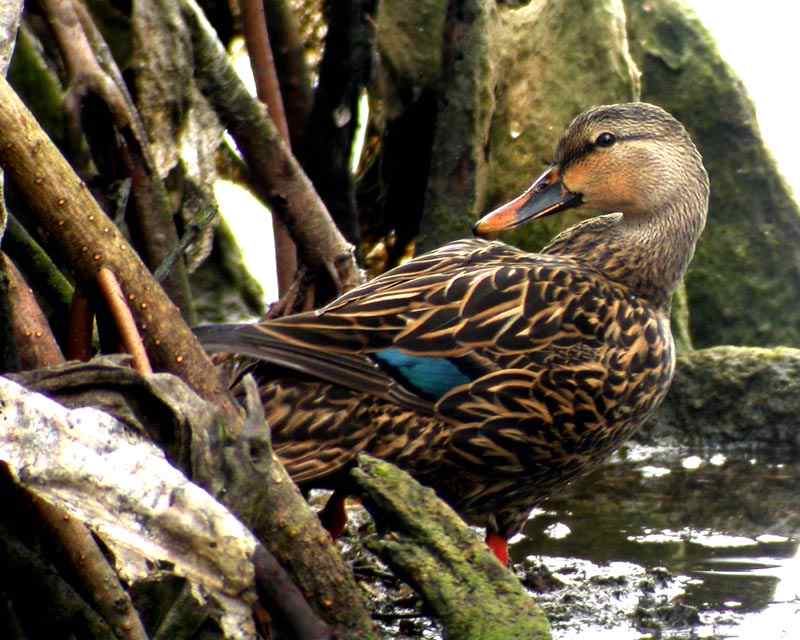 4. The Atlantic Flyway
The most eastern flyway, the Atlantic Flyway is used by more than 500 bird species. Like the Pacific Flyway, this migratory area is heavily populated by shore and seabirds that spend their lives along the coast. Further inland, however, the St. Lawrence River is a popular breeding ground for many waterfowl species. The Ring-Necked Duck, Blue-winged Teal, Canvasback, and Ruddy Duck are all Atlantic Flyway dwellers. 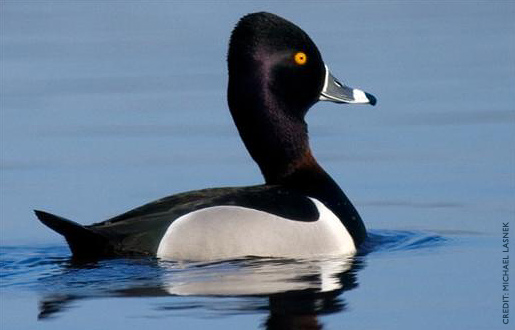 The state of these flyways is constantly changing: with habitat destruction, pesticide use, and urban sprawl happening from the northern-most end of these corridors right through to their southern-most tips, it’s hard to imagine how these birds have managed to survive their long journeys. Thanks to groups like Bird Studies Canada, the Audubon Society, and the Cornell Lab of Ornithology, efforts are being made to conserve many of the important stopovers used by these birds during migration.