Dill Me a Flavour

I have so much dill growing in the garden behind my house that I could pickle every cucumber, and carrot with some left over. All thanks to my wife who loves the stuff. Have I mentioned her cooking before? I’m sure I have but I can’t say enough – it’s fantastic!

Dill actually does much more for your garden than acting as a pickling spice (or a baked potato topper if you’re my wife). This seemingly laid back, flimsy looking plant is a real workhorse when it comes to garden diversity and attracting the good bugs to help eat up the bad ones. Plus it smells nice and its flowers aren’t bad to look at either. 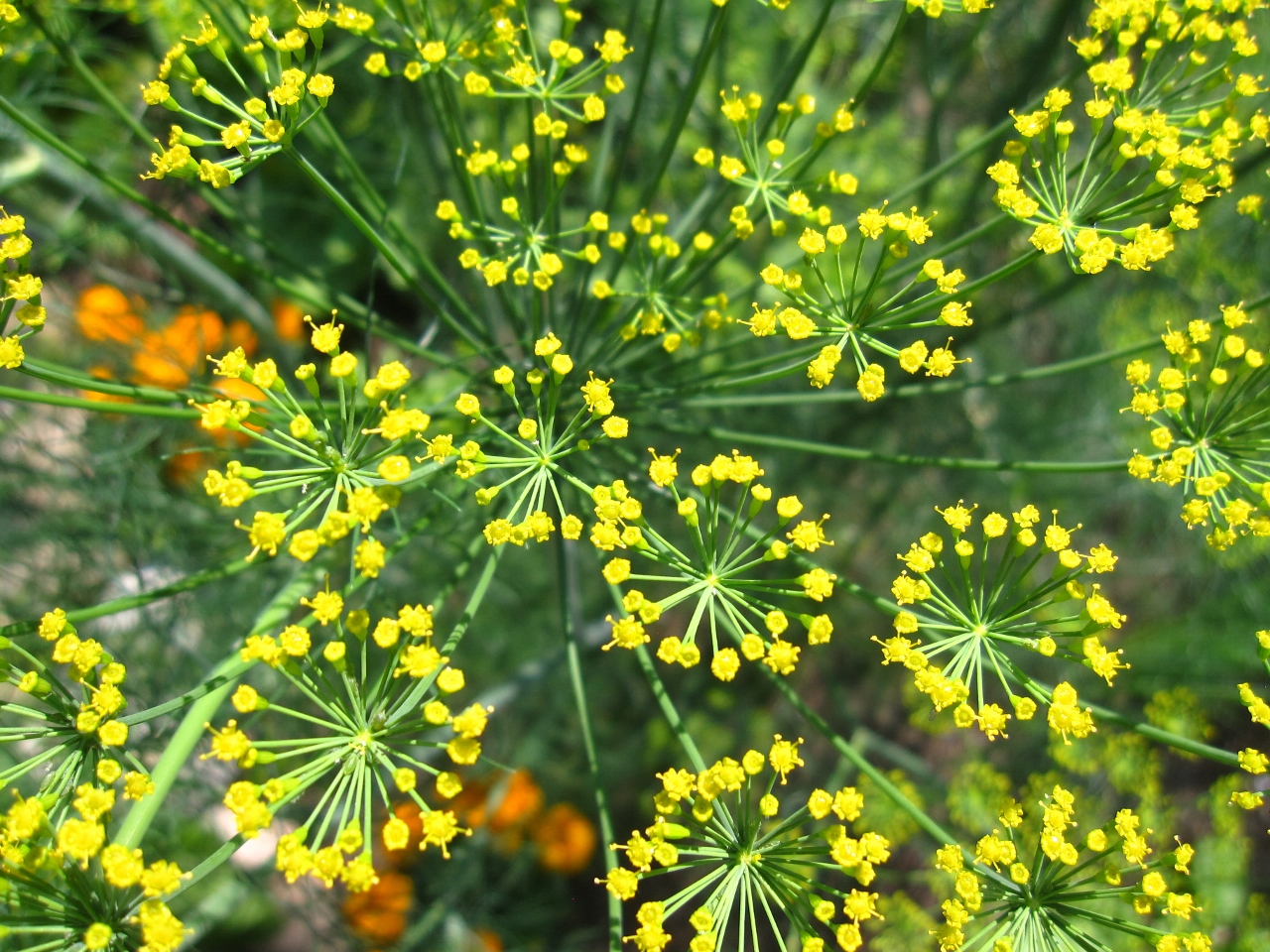 Attracting the Good Bugs
The list of beneficial insects that are attracted to dill is long but here’s a short preview: hoverflies, predatory and parasitic wasps, pollinating bees, skippers, and beetles. 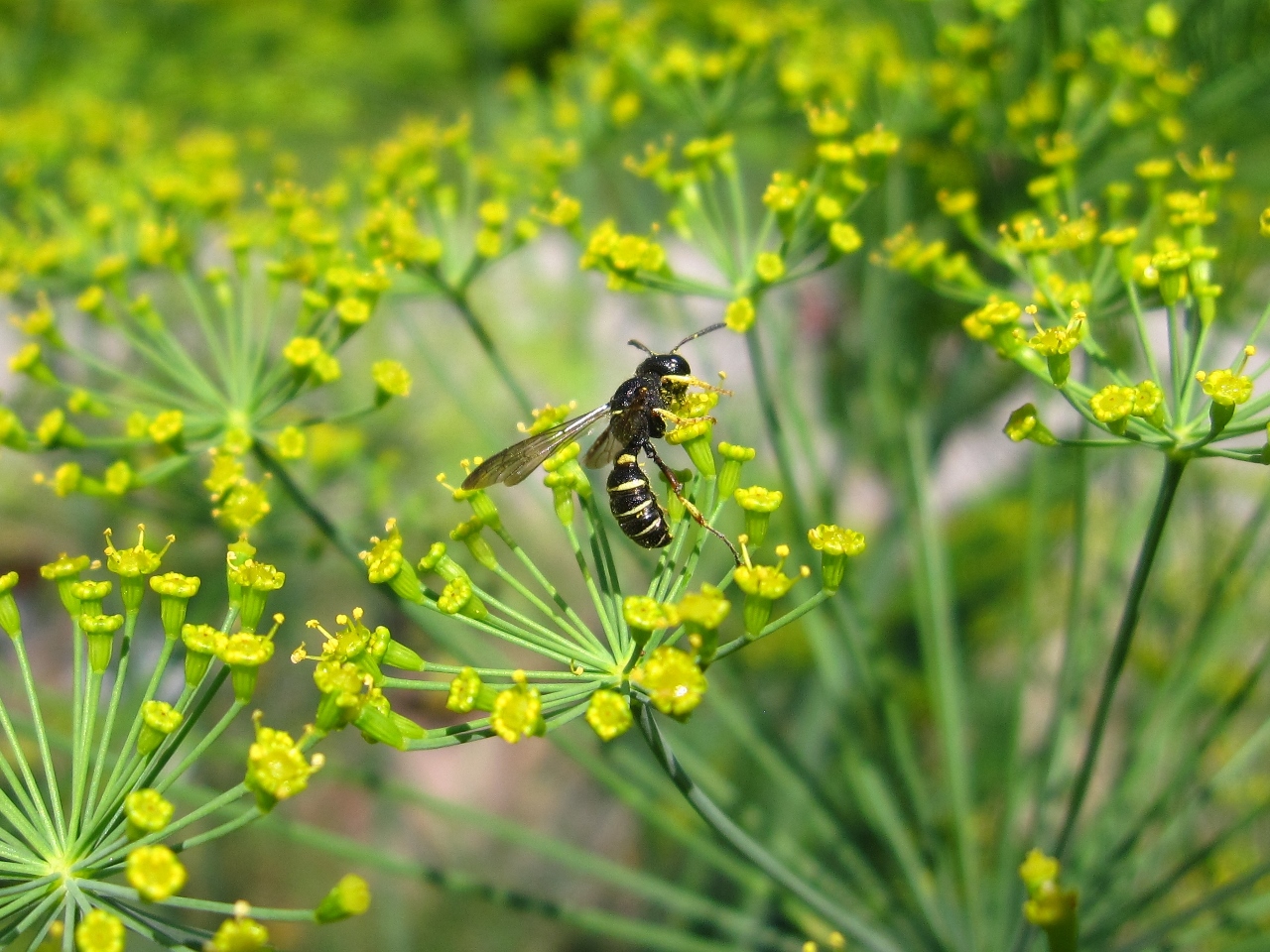 Plus, dill is a deterrent for aphids, mites, squash bugs, and the destructive cabbage looper which is happy to chow down on cole crops but also tomatoes, potatoes, cucumbers, and squash.

Some Controversy
Tomatoes: ever grown tomatoes only to find the biggest, squishiest caterpillar crawling all over them munching down on the leaves and fruit? Introducing the tomato hornworm. Similar to the tobacco hornworm in size and colour, it will make short work of your hard work. With that said, some believe dill keeps the hornworms away and others believe dill attracts the worms and adult moths.

Best to put up a bird feeder nearby just in case.

Companion Planting
At a young age, dill is said to benefit the growth of tomato plants (if they are planted in the same soil and not in pots). It is also said that as the dill reaches maturity, it actually stunts tomato growth. So, if you are growing dill next to your tomatoes within the same soil, consider harvesting the dill before it reaches maturity. Do not plant next to carrots.

A Fair Warning
The dill in my back garden did not start out as a million plants but a few concentrated in an area next to the back door for easy access from the kitchen. So this is a fair warning that dill self-sows like the dickens. If you do not want this for your garden, cut the flower heads off before they go to seed. 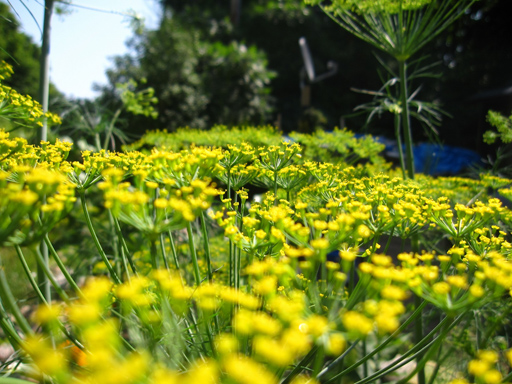