The state of our honeybees, the most notorious pollinators in the western world, has been shaky for the last few years. Their noticeable decline by farmers and homeowners alike has sparked a fair bit of interest in the scientific community and it has been puzzling researchers for quite some time. A new study has something new to bring to the table.

When the bees started dying, beekeepers noticed piles of dead bees in their hives: it seemed they didn’t survive the winter, despite conditions being similar to previous years. If the beekeepers weren’t seeing dead bees, they were seeing empty hives. The bees never returned home.

Pesticides were blamed primarily for this loss but as the pesticide companies caught wind of this, more studies were done with an interesting outcome: a parasite was invading and destroying the bees.

We had two very different possibilities for the serious decline in bees and with all of the information coming out all at once, it was difficult to follow it but also difficult to sift through the legitimacy of the articles.

This new study though, explains a new hypothesis: certain fungicides and miticides have the ability to lower a bee’s immune system thereby exposing it to deadly parasites.

This combination of ideas is ground-breaking and could change the way farmers use chemicals on their fields. No farmer wants to spray something that will wipe out the very livelihood of their field. They’re losing the bees and they’re losing their crops. A lose-lose situation.

There have never been warnings on fungicides and miticides because their chemical make-up does not affect an insect’s system the same way that a pesticide does. This study could see warning labels and application processes changed.

The article is worth a read, even if you just skim and focus on the discussion section. Check it out in its entirety here. 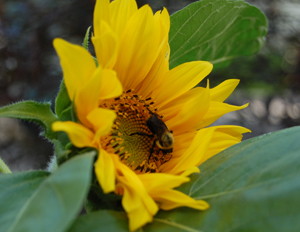