Make a Date to Plant a Tree

For a long time it has made eminent sense to me that we need more trees in our urban spaces. If we spent more time and money on the planting of trees and the maintenance of the ones that we have, can you imagine the difference that it would make? 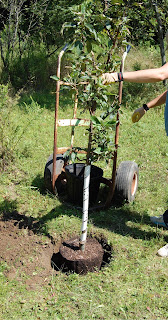 Here are some points to ponder from a variety of studies including one conducted in Chicago by the University of Illinois called the ‘Vegetation and Crime study’.

– Less crime. Compared with buildings that had little or no vegetation, buildings with high levels of greenery had 48% fewer property crimes and 56% fewer violent crimes.
– Trees encourage physical activity – comfortable outdoor environments are more conducive to encouraging exercise – research in the Netherlands and Japan indicated that people were more likely to walk or cycle to work if the streets were lined with trees. Residents feel better and live longer as a result.
– Walking. The proximity of green space (and trees) to people’s homes increases the likelihood of the residents choosing walking over other forms of transport.
– Green play settings reduce ADHD symptoms.
– Less stress and fatigue. Trees and green space helps reduce mental fatigue and stress and has important benefits for child development.
– Higher property values. A survey of 1350 real estate agents showed that 85% believe that a home with trees would be as much as 20% more saleable than a home without trees.
– CP Morgan, a developer in Indiana, found that his wooded lots sell for an average of 20% more than similar non-wooded lots. 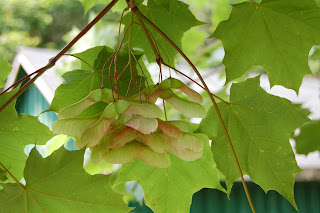 Add the well documented facts that trees cool the atmosphere, produce oxygen, sequester carbon, filter and slow storm water runoff and transpire moisture on hot days and you get the picture. The Toronto Urban Forestry Study “Every Tree Counts” estimates the value of Toronto’s Urban Forest ecologically as providing “at least $60 million in ecological services each year”.