Plant a Row Grow a Row

~ July 20, 2011 Have you ever found yourself in the vegetable garden and not knowing what to do with the extra produce? Well the answer is simple. Give it away to people who want it, can use it and will benefit measurably from its consumption. 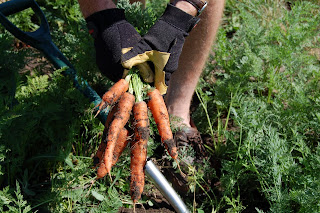 In 1988 a couple in Winnipeg by the name of O’Donnagh found themselves long on pears from their backyard pear tree. They looked at each other and said, “why not” and took the extra lot to the local food bank on the off chance that they would pass them on to people in need of pears. The plan worked – the O’Donnaghs were greeted with open bushel baskets, which were soon loaded with the pears.

Days later the two of them got the same idea: if giving fresh produce to the local food bank provides a worthwhile service in the community, then why not spread the word and get our neighbours to donate their excess produce too?

And so it began.

More than two decades later this idea of donating your extra produce to the food bank has become what is known as Plant a Row Grow a Row for the hungry. Food banks are always looking to receive fresh local garden produce and donating your extras helps those in need. 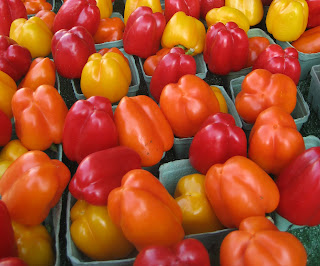 It is easy to get started and there is nothing to fill out. All you need to do is pick your extras and bring them to the food bank; they will take care of the rest. Go to www.growarow.org/ for all the details.

I urge you to do this! Taking part in this program is a great way to get out and help your local community. It is something small that you can do and means a lot to someone in need.