It’s harvest time…for some of the garden veggies, not all. One of my friends who is growing a modest but prolific vegetable garden recently sent me a photo of his zucchini plant asking for advice. Not being a seasoned vegetable gardener, he was a bit confused when his zucchinis started falling off the plant misshapen and small. 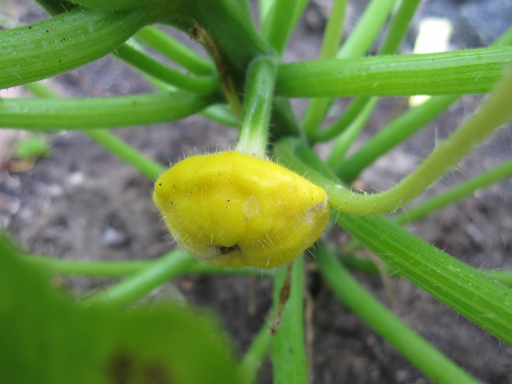 “They’re not growing into zucchinis, just these little disk-like things,” he said to me. “I was inspecting the plant about three weeks ago and I moved some leaves to check out the fruit underneath and it fell off, this small yellow disk with a flat top and rounded bottom, no more than three centimeters in height. What’s going on, Mark?! Am I doing something wrong?”

In classic Canadian fashion, my friend had assumed he had done something wrong. This time, though, he had done exactly what he was supposed to do. Purchasing a healthy plant from the nursery, he brought it home to a prepared garden bed. That same day, he dug a small hole, filled it with water, gave the young plant some water before removing it from the pot, and set it into the hole. Backfilling with soil and some finished compost, he waited for the plant to grow. 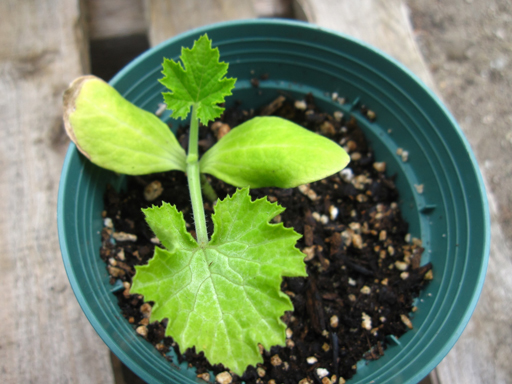 The plant tag, reading ‘Sunny Delight’ didn’t give much idea of what he was in for other than it was, in fact, a yellow zucchini. But if he was waiting for the traditional zucchini we all see in the grocery stores and at farmer’s markets, he was going to be waiting for…well forever.

You see, ‘Sunny Delight’ is grouped into a summer squash category called scallop squash. They actually grow to exactly what he had described to me and are cooked and eaten whole. They are an early squash which is why he has already seen a good crop (although he didn’t know it at the time).

When I asked him what he did with the fruits that had fallen off, he remarked, a little embarrassed, that he had just left them on the soil. They’re there now, rotten through and returning nutrients to the soil. So while he didn’t end up eating those ones, he didn’t lose out completely, as his soil will be richer for his ‘mistake’.

Scallop squash are actually a great plant for the small vegetable garden. They grow upright rather than growing long, viney arms and you never have to worry about the fruit growing into a monster zucchini because it was hiding under the leaves for a few days too long. An excellent and equally as tasty alternative for the urban gardener. 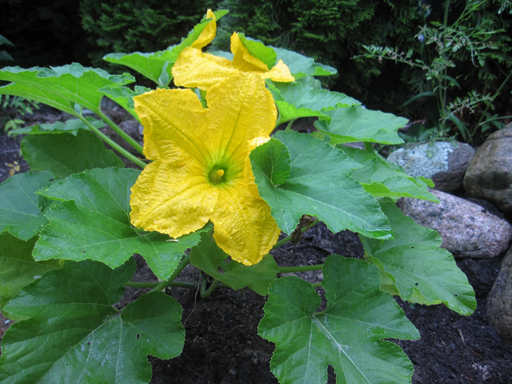 Look for scallop varieties for next year and consider putting one in the garden. Here are a few varieties to get you started: